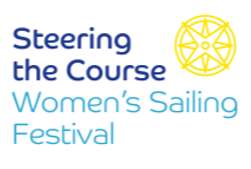 World Sailing are holding events to celebrate and encourage women in sailing.

Titled “Steering the Course” the Festivals will include e-sailing events.

We are delighted to  be offering the chance to hear from top women sailors in 3 Zoom Webinars, including  Ella Stoggall, Sally Burnett, Olive Parker, Melanie Morris, Liz Senior, Katie Dwyer and Michelle Rowley

(read about them below)

The webinars have all been recorded, and you can watch them on YouTube. Just click the links below
Topic: Female helms

And also watch our previous webinar, recorded for the Virtual Dinghy Show 2021  Women Win Too!   Irish Ladies Craic – Mel, Katie and Michelle talk about female sailors in GPs, light weight sailing and being at the pointy end or not

Womens’ Festival – Taking part with us:

After learning to sail from 3 years old, I have sailed many different boats and events from North West Optimist Zone to the 470 Junior Europeans championships. Over the years I have been developing my skills as a race official through mentoring junior officials to gaining my National Race Officer and RYA Measurer qualifications. 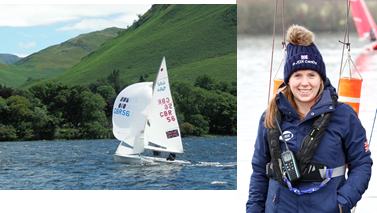 Through my time sailing the 470 I realized that the class chairman, Neil Marsden, needed help to develop the class. I therefore have worked with Neil to develop and grow the class in the UK. During this I have taken on many responsibilities as class secretary, membership renewals, class finances, website, social media updates and working with the international class. After working to grow the class we have held three national championships which after 10 years of no national events, was a wonderful achievement.  I also secured sponsorship from my company JDX consulting for the events which helped make the event enjoyable for all involved. 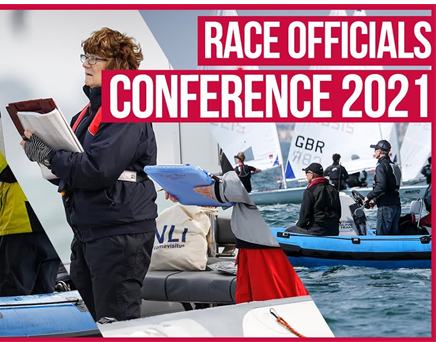 Sally Burnett has been the  Secretary General of (IODA), the largest one design dinghy class in the world as well as this Sally competed at the highest level with success at European and World Championships. She subsequently trained to be a sailing Judge and then Umpire and has officiated at four Olympiads and three America’s Cup events, in addition to numerous World and International regattas. Her abilities as a Judge / Umpire, resulted in World Sailing appointed her as Chair of the Judges Committee (1 four year term), and Chair of the Umpire Committee (2 four year terms).

Olive Parker GP14 sailors and Chair of the Optimist Technical Committee will be joining us from the 2021 Optimist North American Championship in   Riviera Nayarit,  Mexico where she will be working in the role of measurer and post-race scrutineer. 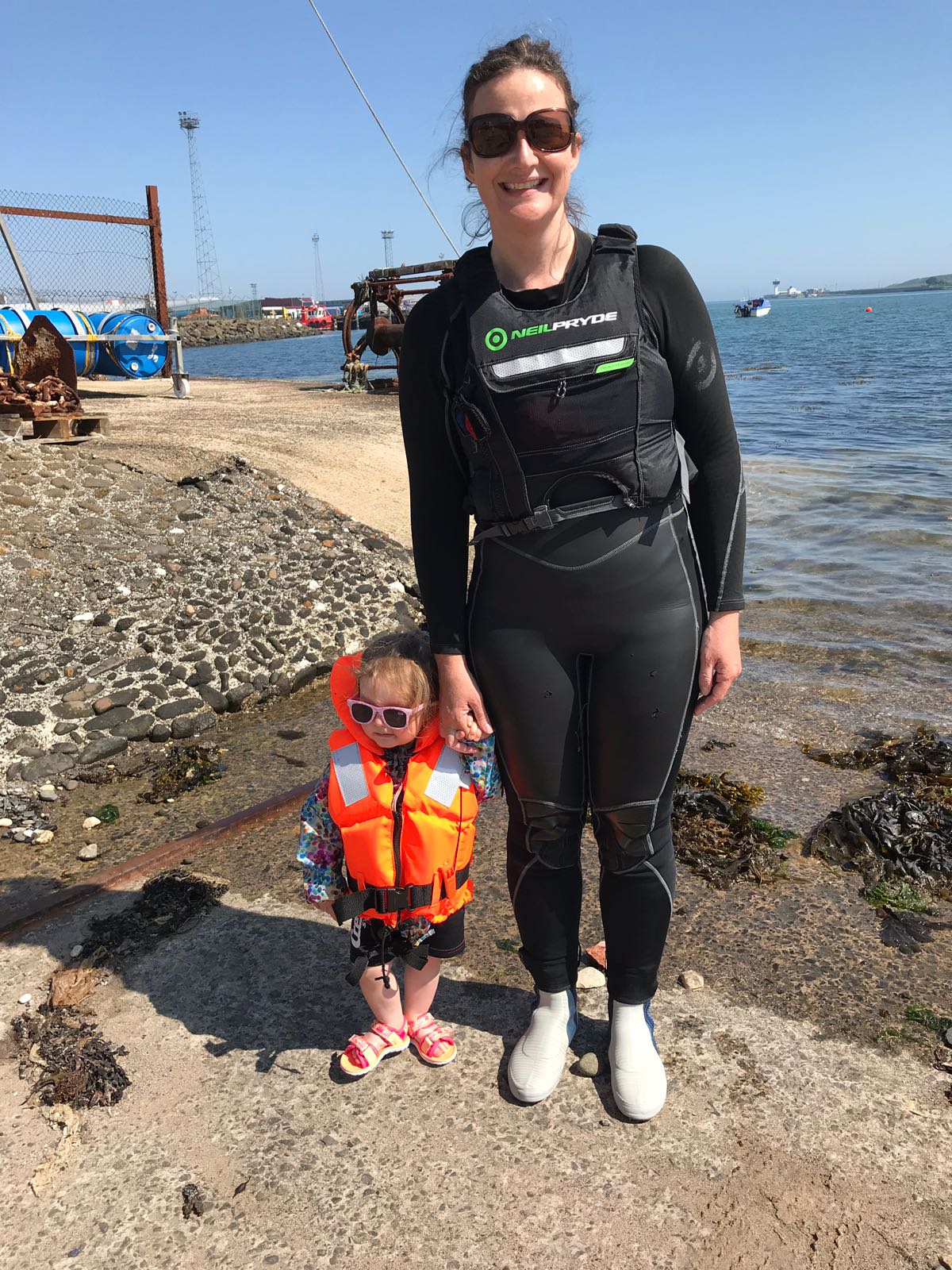 Melanie spent her childhood going to GP14 events and playing in boat parks while her parents were sailing (her dad Curly still does sail, as some of you will know!). She learnt to sail in an Optimist and represented Ireland at an Optimist Worlds a long, long time ago, before progressing into Laser 4.7s and Laser Radials. She got involved in team racing at university (sailing a mixture of Fireflies, Larks, Laser 2s and 420s), and has been part of an Irish team at two team racing Worlds and numerous Wilson Trophies. Despite hopping in and out of a GP on various occasions, she didn’t complete regularly in the class until 2011, with helm Ger Owens. She and Ger have been GP14 Irish National champions three times, and were the first mixed male/female team at the GP14 Worlds 2018. 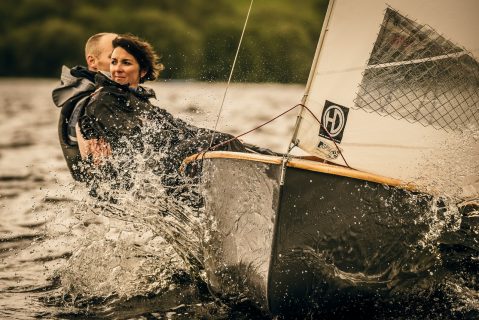 Long-time member of South Staffs encouraged to start sailing as a youngster by my Uncle David and Auntie Anne. Looking back I suppose they’ve always had a positive influence on me to try new things outside my comfort zone. It makes sense considering they have both separately sailed around the world, so setting limits isn’t really in their DNA.

I have then never been shy from sailing with people who have been much better than I was at the time and therefore I’ve picked up a lot of muscle memory along the way, as I can’t really explain how I do most of things I do.

I’ve been fortunate to win a few things in the class over the years. My favourite and most memorable is beating my husband Mike at the 2019 nationals when I crewed for Jim Hunt 😊. 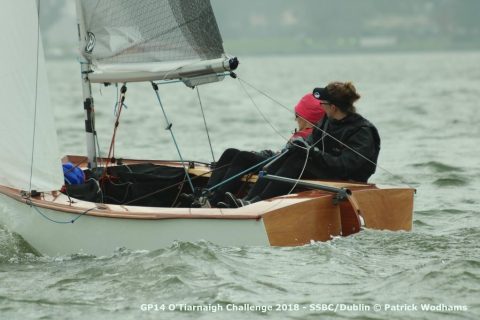 Katie grew up in Cork and has been sailing dinghies from a young age, in particular National 18s in which she won the Irish National championships, sailing with her father. Katie spent a number of years crewing in Ynglings, Etchells and match racing, representing Ireland in the Nations Cup in 2006.

In 2013, Katie joined the GP14 class and moved to the back of the boat. Together with her crew, Michelle, she has progressed through the silver fleet into the gold fleet, with a number of top 5 regional event results.
In 2018 at the GP14 World Championship at Mounts Bay, Katie won 1st female helm and with Michelle, 1st all female crew. 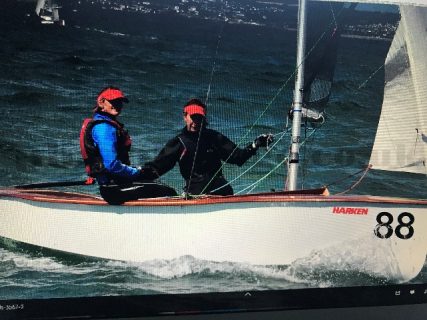 Michelle began sailing with her family in a small club in the West of Ireland, Mayo Sailing Club. This was mainly pottering about in cruisers and some dinghies, as well as doing a little racing.

Team racing began in university, competing and winning several Irish National titles, in addition to competing in The Wilson Trophy and the ISAF Team racing worlds. This also led to crewing Enterprises and SB20s – sailing both at international level. 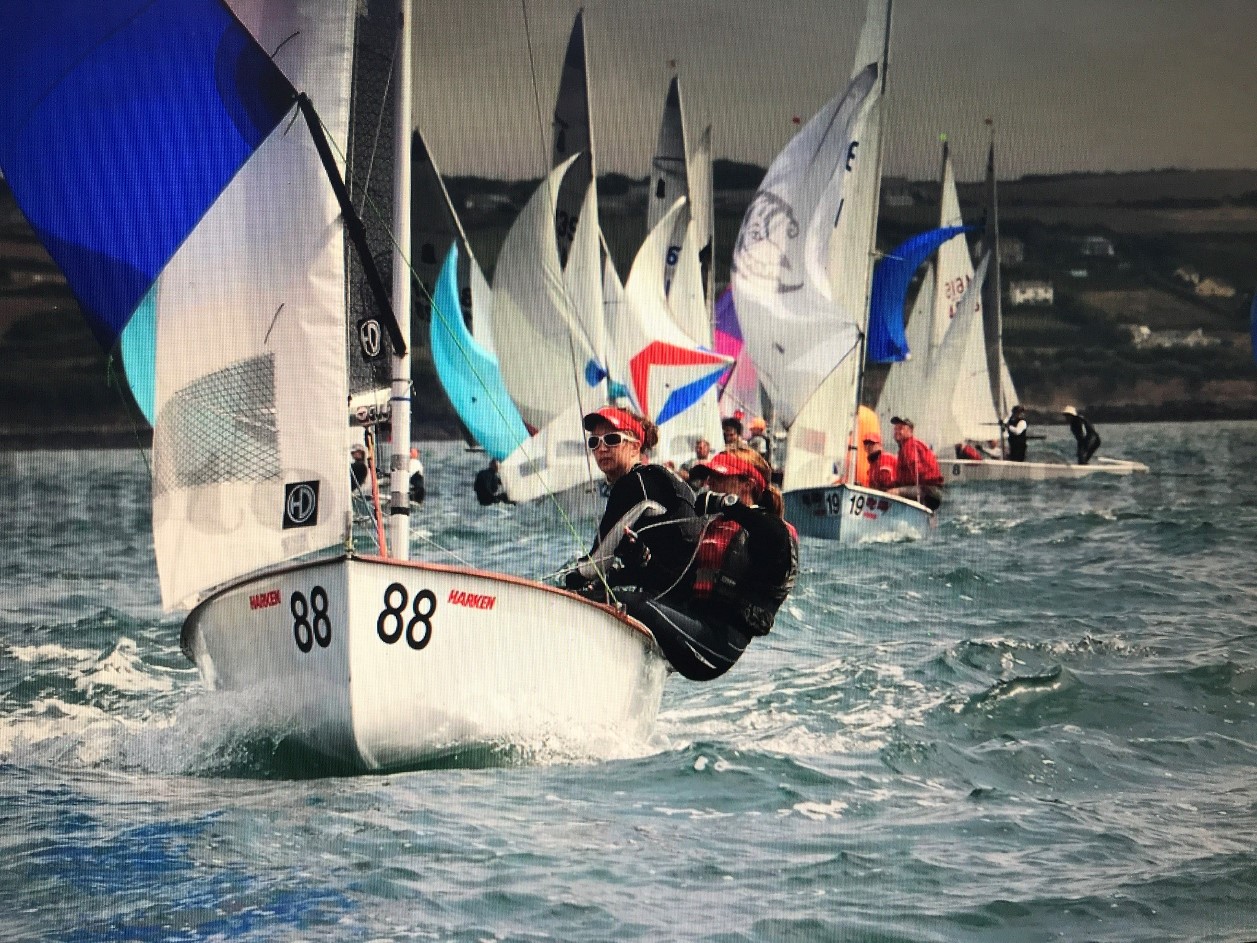