Since he got a licence to build GP14s, SP Boats’ Managing Director Steve Parker has sold 64 in just over 18 months with another 8 on order. 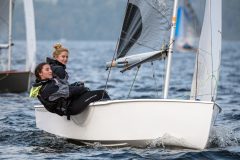 Following on from the success of the SP1 boat, Steve is due to launch a second GP14 boat design this winter. 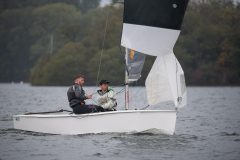 “We have been very pleased with how the sales of the SP1 have gone,” explains Steve. “The initial launch timed perfectly with the Barbados Worlds as many who probably wouldn’t have invested in a new boat took the opportunity to get a new SP1 for the event.”

“I think it has proved to be a good boat performance wise too; Sam Watson finished 6th in the 2016 Worlds in an SP, two SPs are currently topping the Midland Bell, winning the Silver Fleet of the Super 8 Series and Chase SC just came 6th at the West Lancs 24 Hour Race in an SP with Elite Sails.”

“About four years ago we had the opportunity to buy the Boon moulds which we did at the time just to make sure no one else did. At that time, we were looking to develop our own boat so the moulds went into storage.

“I did think that it would be good to use them at some point as they are a really nice set of moulds but didn’t want to compete with the SP1 as we were trying to get it established in the market.

“Looking ahead now to the 2018 GP14 World Championships at Mount’s Bay next year and we know there will be people starting to think about upgrading for the event so we have decided to start building a new boat, the SP2 using the Boon moulds to give people a choice.

“Both boats will be priced the same at £8,300 for a brand-new boat, racing specification with a full set of Elite Sails. 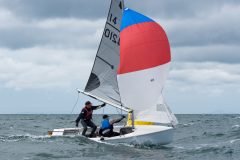 “The main difference in the boats will the SP2 will be flatter on the transom and the deck layout is more open. Some sailors naturally have a preference about how they like the set up inside the boat, the hull shape and just that intangible ‘feel’ of a boat. There is quite a lot of interest in the boat already from the people I’ve spoken to and for me it is always exciting to be developing something new.”

Both SP boats will be the same specification which includes Allen fittings, Selden mast, English Braids rope, mounded foils from CNC Moulds and a full set of Elite Sails.

Production of the SP2 will start over the winter, for more information about the boat please contact Steve Parker on: 07884 363109 or email: [email protected]