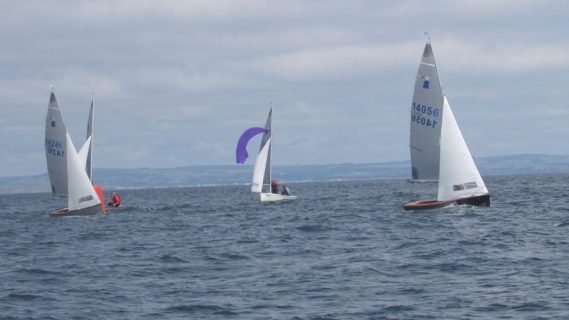 The wind blew and the sun shone on the blue sea at the  Craftinsure and Robline Scottish Championship at East Lothian Yacht Club’s Regatta.

The race course had the Bass Rock to the east, the three Forth bridges far to the west, and the beautiful holiday town and beaches of North Berwick to the south.

Just a little more wind and it could have been Barbados. 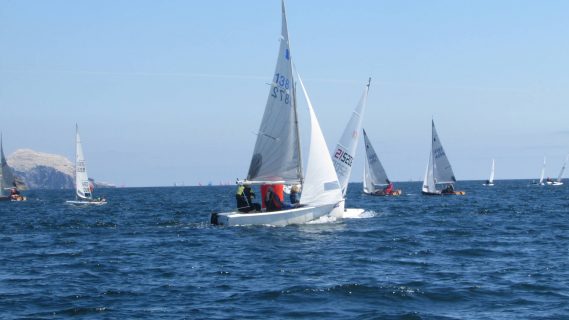 There were good easterlies both days, and enough flood tide to make you think going up the beat and around the top mark of the trapezoid course. Heading left initially paid off most of the time.The top reach from 1 to 2 was tight and not so easy to get on the plane, but the reach between 3 and 4 had people talking about champagne sailing.

Alan and Sue robustly defended their lead in one race by taking John and Jack far above the reaching line to mark 4, but karma ensued when John got an overlap on the beat, and took Alan far above the lay line to the top mark. Jack was enjoying his first event on the sea. 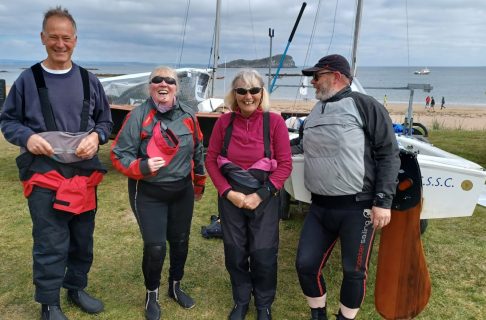 At the other end of the fleet Paul and Past President Ann had technical problems- they technically had too much water in the boat- but they fared better on the Sunday.

Furthest travelled Derek and Seonaid retired injured after three races, but the silver lining was that Dave Young was able to unofficially step in and helm a couple of races, and of course he proceeded to show us how it should be done. 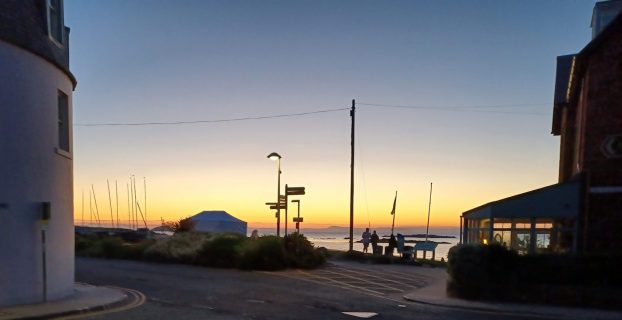