The GP14 Association supports members through Grants and Funds. Further details on currently available opportunities are given below.

The Richard Estaugh Fund was established to support individuals with sailing projects, giving bursaries paid out from the fund based on the proceeds of GP14 14000 which Richard donated to the Association before he sadly died. In addition the fund has received donations given in his memory. The Association appreciates the help, which will keep the fund perpetually viable.

Read about Josh Porter, the first young recipient to benefit from this fund, and what it means to him – Josh Porter’s Diary Page

Applications are invited, please read the notes below. 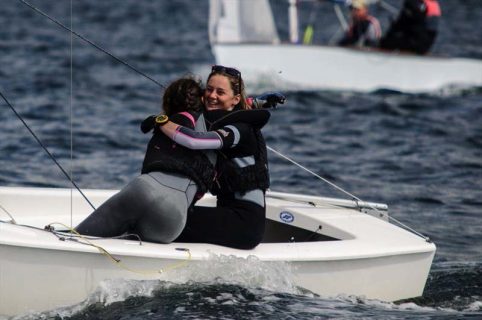 His memorial fund supports our youth training, but who was E Howard-Davies?

To many, Howard was Mr GP14. He was in at the founding of the Class Association, first as Chairmen, then President 1954-1958 and Secretary 1958-1969. During this time he was a major influence in building the popularity of the Class, overseeing the Association’s growth to 8,000 members. Not only was he a staunch advocate of the one-design principle, he was also a fine helmsmen, twice winning the National Championship. He was a Seamanship Instructor at the Outward Bound School in Aberdovey, was involved with the formation of Dovey Sailing Club and keenly encouraged younger sailors to join the growing GP14 fleet. When it was decided to set up a youth training fund there was no question that it should be in be named after a man who had both the GP14 and training at heart.

Thanks to continued support from the E Howard-Davies Memorial Fund we are still able to offer training to our youths at exceptionally advantageous rates.

The Association unfortunately had to cancel the 2020 youth coaching week. In the past this has always proved to be a popular week, with top GP14 youth sailors benefiting from top quality coaching. It is also a chance to meet and socialise with other sailors, with many friendships being forged.
We expect to provide this coaching in 2021

The fund provides support for junior competitors by way of travel grants to assist financially their participation in World Championships who are overseas from the host country.

Grants will take the form of a contribution towards travel tickets purchased on behalf of the applicant. Full account should be taken of any special travel arrangements made by, or on behalf of, any Branch of the Association.

The sailor must be no more than 21 years of age throughout the year of the event. Applications in writing, accompanied by a letter of support from the Commodore of the individual Club should be directed to the President of the GP 14 Association via the GP 14 Office; GP 14 Class Association, Albert House, 42 Seymour Road, Astley Bridge, Bolton BL1 8PT

The Jack Austin Fund derives its income principally from retention of 10% of  the GP14 Fleet Insurance Scheme. Donations will be gratefully accepted and will offer an opportunity to more young people to attend World Championships.