The fine setting in the Pennines of Hollingworth Lake SC leaves it sometimes poised between the different weather patterns of east and west. So it was for the weekend of 11/12 May as the Club hosted the Craftinsure sponsored GP14 Northern Championship. The event was also part of the Super Seven and Northern Bell Series. Thus it was also the characteristic race officer’s nightmare for course setting and Bruce Mager and his team rose well to the occasion.

The forecast for Saturday was for a north westerly airstream which should offer reasonable conditions for the 18 boat fleet. About ¾ hour before the start time, a short burst of wind from the north excited everyone until followed by flat calm and some dampness. In time the fleet set out in a light and fickle north west wind. After a clear start, the early lead was taken by Andy Smith and Phil Hodgkins. On the second beat, Sam Watson and Andy Thompson passed Smith. On the next lap, Adam McGovern and Eleanor Davies gained second place. Creeping up steadily was Frank Nickless and Steve Parker who progressed to overtake Adam with Andy Smith now in fourth place. A  steady race from a good early position put Graham and Julie Courtney in fifth place.

Races 2 & 3 were to be sailed back-to-back. The start of Race 2 was aborted due to a 40 degree shift. The restart was now into a northerly wind and one boat was over and did not return. The course became a series of fetches and a tactical dead run which Andy Smith led, keeping Sam Watson in second and Mark Platt with Michael Critchley in third place. With a quick turnaround, a new starting area and course was set. Two boats were too keen to start but both returned. Sam Watson again fund the way to lead, with Mark Platt on their heels. After the second windward mark, the wind reverted to the north west and overtaking became more difficult. However, the wind pattern was patchy so there were some gainers and losers. The leading two boats held their places while Frank Nickless found the way to third place ahead of Adam McGovern.

Sunday morning greeted sailors with flat calm and warm sunshine. A postponement was inevitable and eventually an hour late there was some wind from the south west. The start was recalled as a stronger band of wind arrived at a critical moment. With the fickle and patchy wind, there was a long testing beat to the first mark but Sam Watson found the way. If you lead the way, you need to sail the course correctly. Watson and two others were noted to have missed the gate at the end of the first lap. After finishing, they agreed to retire from that race. This left Adam in first place and Club Commodore Andy Carter, with Richard Long in second and Chris and Joshua Aubrey lucky third, shaking up the results.

After lunch, and some reluctance to set out for the final race, Sam Watson again seemed to find his own special wind to lead from the first mark. The other leading contenders were all there, Mark Platt taking second, ahead of Adam McGovern and Andy Smith. With three wins and a second, it was a convincing win for Sam Watson and Andy Thompson. The next four places were very close indeed, as was the situation in the Silver and Bronze fleets. 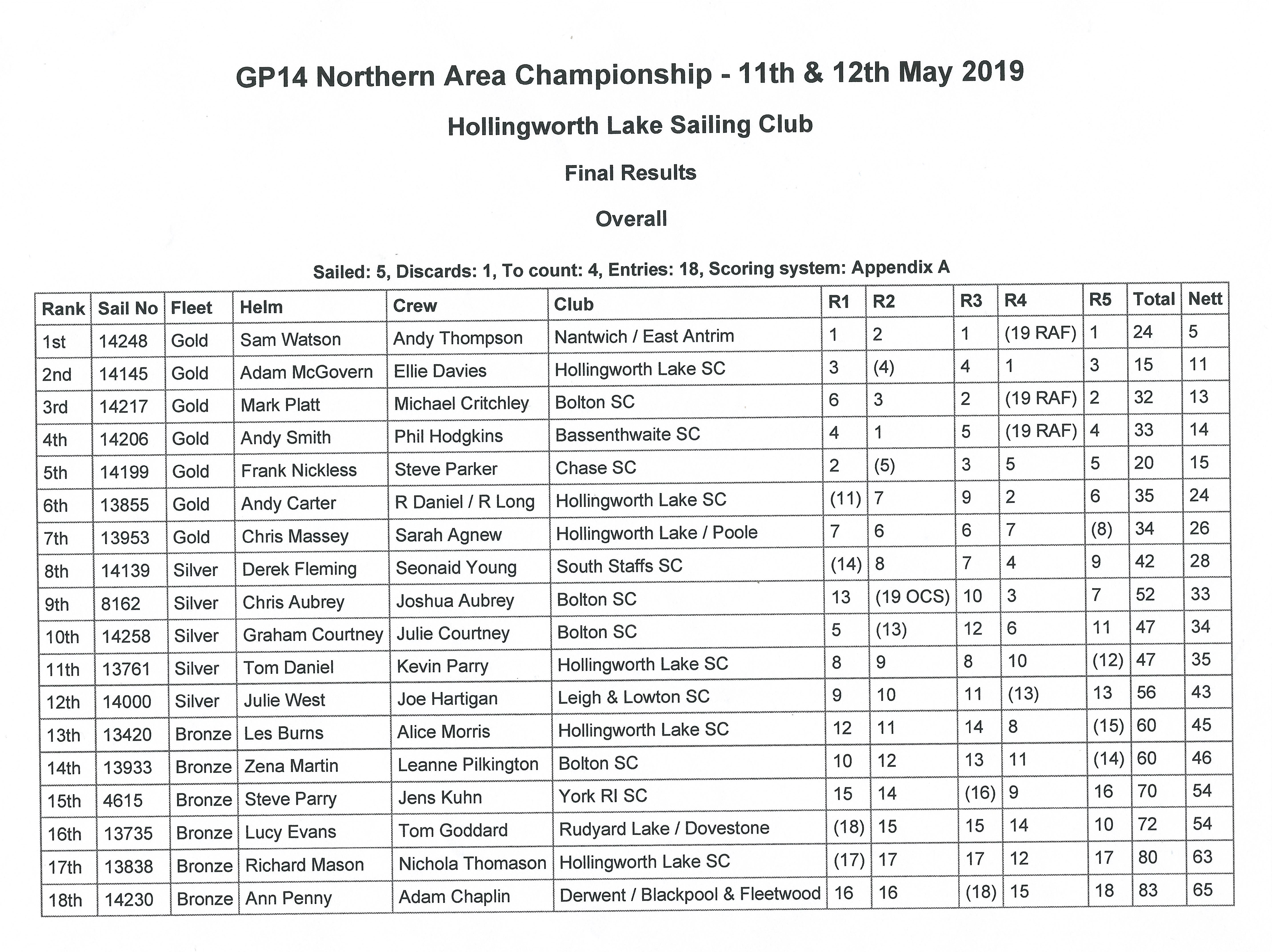