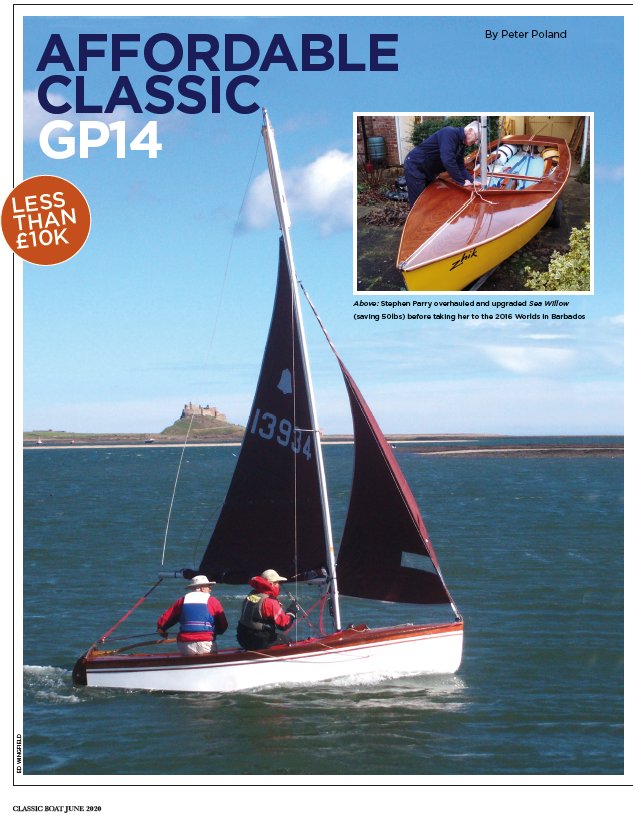 The headline photo is of Cruising Rep Oliver Shaw’s erstwhile boat A Capella,  sailing with first reef in conditions far more blustery than appears in the photo,  off Holy Island (Lindisfarne) during the 2010 DCA Holy Island Rally.   The two smaller photos are of Steve Parry’s Sea Willow,  “the Old Yellow Boat.

The text is largely compiled from information provided by both Steve and Oliver,  heavily pruned (of course),  and is largely accurate;   we are sure that the occasional inaccuracies are editorial and arose during the pruning process.

There is no mention in this article of either Pimpernell or Mizpah (No. 19,  restored by Terry Gumbley),  since this article was primarily about the class itself rather than about individual examples.      However both these restorations have been featured in past issues of Mainsail,  and we intend to collate those articles and put them on this website.