40 entries for GP14 Nationals in first week of sales

Entry for the 2017 GP14 National Championships sponsored by Dinghy Rope, Impact Marine, Allen, Exe Sails, SP Boats, Paintcraft, Gingerboats only opened on New Year’s Day but 25 places of the 70 allocation were snapped up in the first 72 hours, half of them gone by Day 5 and 40 places gone after the first week.

Commenting on the strong interest Championship Chair, Gill Beddow said: “Our previous event hosted by Looe SC, the World Championship in August 2012, attracted early entries and the 130 maximum places were achieved by February of that year with a waiting list of 30. Unprecedented in GP14 history of events. This was followed by a very successful 2016 Worlds in Barbados attracting 105 entries. It is pleasing to see that the momentum is not lost and with a maximum entry of 70 for the Nationals it looks likely to be a sell-out very soon!”

If the allocation of 70 fills this will be the most successful Nationals for the Class since 2004 at Abersoch, won by Mike Senior. 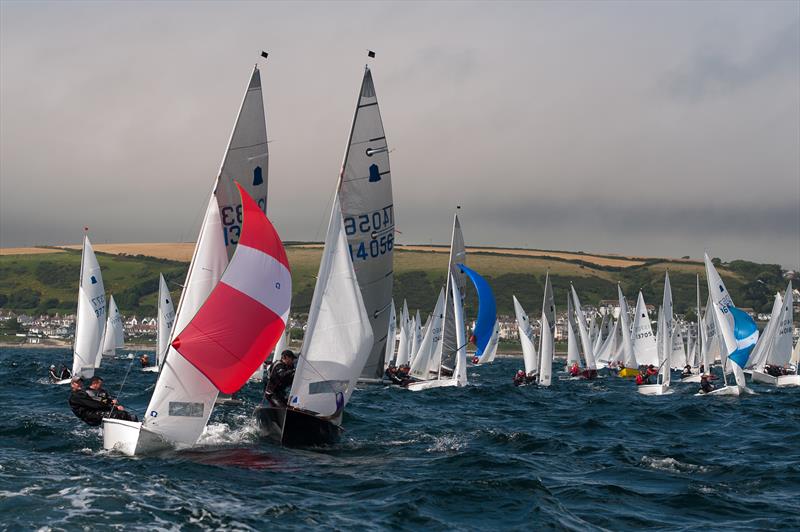 Other Gold Fleet contenders include Dave Young and Nic Booth (South Staffs SC), Andrew Clewer and Sarah Collingwood from Poole YC while for the Northerners it will be battle of the Boltons with the Club fielding two contenders in Gary Deighan and Dale Knowles as well as Mark and Sam Platt.

As well as strong Silver and Bronze Fleets there is also a good youth interest this year with Ralph Haliburton-Chaplin (Blackpool & Fleetwood YC) being the youngest helm to have entered at 13 and 14-year-old Szymon Matyjaszczuk (Welsh Harp) the youngest crew.

Adding the international element, Duncan and Gail Fraser are once again making the trip over from Sri Lanka.

There will 10 scheduled races, daily socials, post-race beer and prizes all included. NOR and link to online entry on the event page.